NANO (National Novel Writing Month) is over, so we’re back to work on Starting Over again, with Victoria and Toby. Maybe this time we’ll get it finished up. Third times a charm?

In Starting Over, Victoria met Toby in the antique store she owns in Oak Grove Square. The man is a frustrating mix of coldhearted developer, sweet and charming hunk, and a broken-hearted little boy still mourning his grandparents.

Toby and Victoria have had a disagreement about his latest development project. He’s taken her to his office, to show her his revised plans. This week we’re writing to the prompt ‘evil’. Return to Tuesday Tales here, to read more snippets from the talented Tuesday Tales bunch. 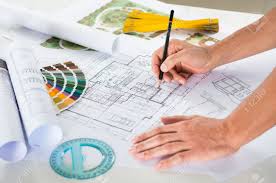 Victoria examined the plans laid out before her. “So…what’s the catch? What did I miss?”

“What do you mean? There is no catch.” Toby seemed puzzled.

“Well…you’re Mr. Big Developer. You have your ideas for this grand scheme. You know, right along the ‘Bigger is Better’ theme. And then…all of a sudden you’ve revised all your plans, probably at a sizeable price, not to mention the additional acreage…just to build something that reflects the character of our small, unique town?” She sounded suspicious.

“Yessssss…and the problem is….?” Exasperated, Toby threw his hands up in the air before clutching the top of his head and groaning. “Woman, are you never happy? You don’t like what I’ve planned, but when I revise the vision for the project…at yes, great expense…you don’t like it either?”

“It’s not that I don’t like it. I adore the new plans.” Victoria turned and looked him square in the eye. “I’m just confused, because it seems so out of character for you to do this. So it makes me wonder why. I feel like there’s a catch. Or else there’s some other evil, devious plan that I haven’t figured out yet.”

Toby stared back into her eyes, returning her intent gaze without blinking. “There is. I admit it. I have an ulterior motive…a desire that supersedes everything else. I’ve lost my grip on the practical business considerations that usually drive me. I don’t recognize myself anymore.”

There were locked in a battle of intent. Neither one was willing to look away first.

“You.” He stated it calmly and firmly.

Victoria gulped and softly questioned him as she retained eye contact. “Me? How’s that?”

“I want you. For some odd and unexplainable reason, I want your respect and admiration. I don’t like it when you’re displeased with me. You’ve gotten under my skin and totally messed up my controlled life. I knew where I was going…and now…I’m not sure.”

“But…right now I feel like I don’t like you very much.” Victoria replied slowly and clearly. “There’s some qualities I see that I don’t care for. And I don’t know if I’m comfortable with what I think is your true underlying self. I’ve seen some good traits start to emerge and I’ve enjoyed the softer man that surfaces occasionally. But…I don’t know if I can trust that man to stay around for too long at a time. And the other man, the one that’s not so nice…I don’t like him. Not at all.”

“I know. I got that. Loud and clear. But I can be change. I can shoo the stern, uncaring man away.” Toby leaned in closer and spoke softly into her ear. “I can bring back the little boy that loves…that sees the best in people. I’m going to prove it to you…and me. For both of us.”

Tingles ran down Victoria’s neck and spread through her body, leaving a heated flush in its path. She whispered, “Do you think it’s possible?”

“I’ll be damned if I’m not going to give it my best shot.” He kissed her tenderly on the cheek. “Give me a chance?”