Welcome to the 2017 A to Z Blog Challenge. During the month of April, Chrys N. Jay shares snippets from friend’s books, and takes a peek at love.

Today, for ‘B’, Tricia Anderson stops by to share an excerpt from her romance, Black Irish. 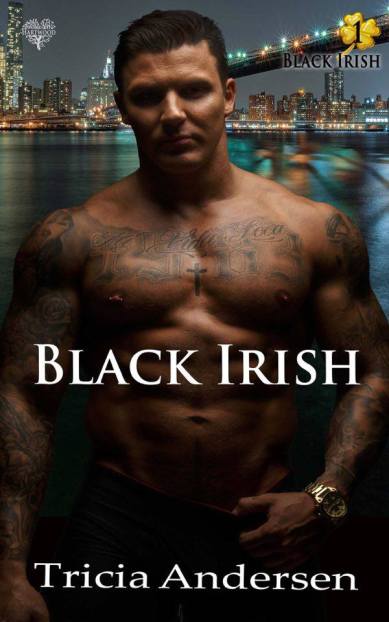 Black Irish
Abbey couldn’t believe he was gay. She nearly ran away from her dreams of being a children’s book writer when she was introduced to her illustrator Sloan O’Riley, a dark, sensual Irishman with incredible blue eyes. He certainly couldn’t be good for Abbey’s relationship with her boyfriend back in Iowa. How could she stay in New York and work with the sinfully sexy Sloan even if he was gay? And when Sloan is threatened with deportation, how far would Abbey go to keep him in the U.S.?
Sloan was forced to tell a little white lie. He had no choice. He couldn’t let the sweet, beautiful, Abbey Wright flee from his life—not without a chance to explore the sudden desire he felt for her. But what would Abbey do if she ever discovered the truth about Sloan’s sexuality—or learned the deeper, darker secret he’s been hiding?

Where to buy Black Irish:
Amazon